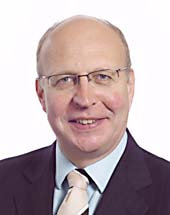 During the next Strasbourg plenary we will vote on my second report on the electoral reform of the Parliament (attached). This was voted by a large majority in the Committee. Emails are circulating, some of which distort the truth about the report. Here are the facts.

The main proposal is for the election of 25 MEPs for a pan-European constituency from transnational lists drawn up and campaigned for by the European parties. The lists will be composed of candidates of at least nine nationalities drawn up by our own European political parties.  MEPs elected for the pan-European constituency will be directly accountable to our parties and, as the Lisbon treaty says, to European citizens.

The more controversial aspects of the electoral reform — notably, open or closed lists, whether the pan-European MEPs are additional to the existing 751 seats, and the timing of the reforms — form part of the agenda for Parliament’s negotiations with the Council.

The report does not prohibit the formation of regional constituencies within the territory of member states. Whether or not other large states copy the regional constituency model of France and the UK is not a matter for the EU. EU electoral law cannot impose the way a state organises its elections internally.

No matter what happens to the pan-European seat proposal, the accession of Croatia means that there will have to be a re-apportionment of the existing 751 seats at the 2014 elections. Here AFCO favours finding a ‘durable and transparent’ method rather than the political bartering which takes place at present. The Committee wishes to respond to the current situation in which the allocation of seats in the House contravenes the Treaty principle of degressive proportionality. The report makes no reference to a mathematical formula either in general or in particular.

While Parliament has the power to initiate these reforms, and to give its consent to them in their final form, all the changes proposed in the report require consensus in the Council. The report therefore proposes to enter into a dialogue with the Council in order to reach agreement on a package.

The report makes no specific proposals for changes in primary law. This reflects the fact that, since the December 2011 European Council, the prospect of a general revision of the treaties has receded.

The purpose of electoral reform is to strengthen the political legitimacy of the European Parliament by strengthening the European dimension of elections and by galvanising the development of European political parties.

Please read the report. And please let me know if you would like to discuss it with me.